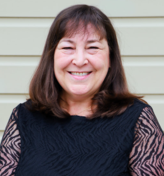 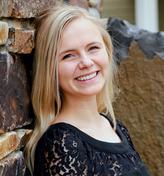 Julie began playing the piano at age 9. Her love for playing grew with opportunities to accompany at school, church, and with performing groups. After high school, she continued her piano studies at Seattle Pacific University. Julie has been teaching out of her home studio for 30 years.  She accompanies for choral performances in two East Bay school districts as well as private studio recitals. She has been the Danville Girls Chorus Preparatory Choir accompanist since 2006 and enjoys partnering with director Angela Schmidt. 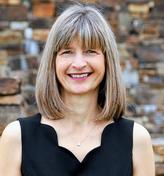 Sierra Dee is an East Bay resident and has been an accompanist at the Danville Girls Chorus for 10 years. Sierra is a full-time musician and works for a variety of companies around the bay area. She is the resident Music Director for the Theatre and Dance Department at Cal State East Bay, Music Manager and Music Director for Performing Academy, Music Director for Tri-Valley Repertory Theatre and does Music Direction as well as serves on the board of The Peter Pan Foundation.
Outside of music, Sierra does graphic design and PR work for both Cal State East Bay and The Peter Pan Foundation. In her free time, she loves to cook, read, and arrange fun music mashups!

Laurie Hugill is a native of Burbank, California and she has been an accompanist at Danville Girls Chorus for over 17 years.  She holds a Bachelor of Arts degree in music from the University of Southern California. Ms. Hugill enjoys a very active and varied career as the Apprentice Choir accompanist not only for DGC but also for the choirs at San Ramon Valley High School and several local private instrumental and vocal studios. She is loved by all who have the good fortune of getting to work with her. The choir program at SRVHS and DGC would not be the same without her kind and patient approach to working with the performers, director, parent volunteers and administration.
She is a consummate cook and entertainer and she loves anything Russian!

Kate Salisbury was born in Philadelphia, Pennsylvania, but has lived most of her life as a Californian. She is a high school senior at San Ramon Valley High School and is an active member of Mr. Abram’s vocal program there. She has been a singer in Concert Choir, Chamber Singers, and Jazz Vocal Ensemble for the past two years, and is the 2018 student choir President.
Kate is the Intermediate choir accompanist for DGC, and she has been studying piano for the past twelve years. She has studied under university professors and placed in district-wide school piano competitions. Her favorite pieces she’s ever played are Chopin’s “Revolutionary Étude” and Brahms’s “Intermezzo”. She adores being an accompanist and accompanies frequently in church choirs and for other high school students. Kate loves all things music, and the wonderful DGC community and its musical opportunities have helped that love grow! 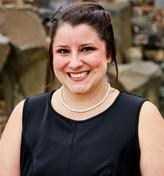 Angela Schmidt has been directing the Preparatory choir since 2004. Mrs. Schmidt holds a Bachelors of Music in Music Education with a Choral concentration from the University of the Pacific in Stockton, CA.  In 2008, she earned her Master’s in Education with a Kodaly emphasis from Holy Names University.  Along with her Kodaly training, she completed her Orff Level I Certification at Belmont University in Nashville.  Mrs. Schmidt’s musical experience is varied and widespread.  She currently teaches general music and chorus at Happy Valley and Burton Valley Elementary Schools.  In addition to teaching in the Lafayette School District, Mrs. Schmidt is the children’s music director for Danville Congregational Church.

Jennifer Brown has been the director of the DGC Apprentice Choir since 2002. Jennifer earned her degree in Elementary and Music Education from Brigham Young University. She taught for 6 years in Utah where she directed an elementary school choir. In 1991, Jennifer returned to her native California and began teaching at Charlotte Wood Middle School. She has served as choral director at Charlotte Wood since 2000 and the musical theatre director since 1996. In addition, Jennifer also co-conducts Temple Hill Choir (an adult multi-faith community choir) in Oakland and also co-directs their annual production of the Broadway production of Scrooge. She adores musical theater and has been singing and performing since age 4. Her greatest desire is to make sure every girl has a song in her heart to get through the ups and downs life brings.

Intermediate Choir director, Darita Seth, is a local in-demand choral educator, countertenor, and composer. Originally from Columbus, Ohio, he is also currently serving as Director of Music at St. Timothy’s Episcopal Church in Danville, where he plays piano, organ, directs the choir, and runs the concert series. Along with this role, he is the newly appointed director of Mt. Eden High School’s Monarch Mirage Show Choir. Affectionately known by his first name, Darita maintains a presence in the community by assisting the choir program at Monte Vista High School. On top of this, he is the founder, president, and artistic director of Choral Audacity, a pre-professional chamber ensemble advocating for diversity and inclusion and empowering singers of color. Darita recently concluded his tenure with Chanticleer, the Grammy Award-winning, San Francisco-based men’s vocal ensemble. A Sigma Alpha Iota distinguished member, he actively continues to perform by appearing as guest soloist with the Bay Area Rainbow Symphony, soundingLight Chamber Ensemble, and RSVP Choir.

Ken Abrams has been the Artistic Director of the Danville Girls Chorus since 1992.
Mr. Abrams received his Master’s Degree in Choral Conducting from the University of Illinois and his undergraduate degree in Vocal Performance from California State University, Hayward.  Currently, he directs the Concert and Honor choirs and oversees all other DGC choirs.  In addition to working with DGC, he has been the choral director for San Ramon Valley High School since 1984. The SRVHS Concert Choir was the first-place winner at the Northern California Golden State Choral Competition in 2017, 2014 and 2012.  The SRVHS Treble Clef Choir was the first-place winner in 2018, 2016 and 2014. Mr. Abrams is the past President of the America Choral Director’s Association (ACDA) and he currently serves as the High School Representative for the ACDA Western Division Region (California, Hawaii, Nevada, Utah and Arizona).  Mr. Abrams was named “Teacher of the Year” by the San Ramon Valley School District in 1996, at San Ramon Valley High School in 2002, and by the Danville Chamber of Commerce in 2006. 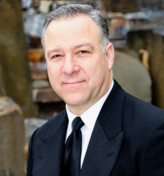 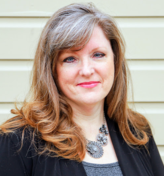 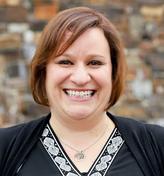 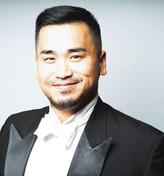